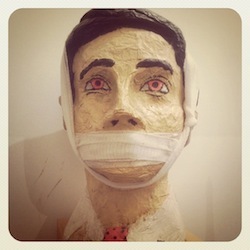 In 2005 I’ve started my first entrepreneurial quest. The idea was to build a bracelet with LEDs for sports fans, these bracelets will all be switched on and off through a central wireless system, making each one of them a pixel in a giant “human screen”.

It was about 8 months before the 2006 Football (Soccer) World Cup in Germany. Deutsche Telekom was the main sponsor of the event so I’ve decided to email them and ask if they’d like to sponsor Masstie.

I looked at their website, found the relevant email address and sent a short email, describing my idea.

A day went by and they answered! they wanted to have a call with me. We talked over the phone and I explained my concept. Unfortunately that’s all I really had back then - a concept in my mind, nothing else - no marketing material, no videos and no product.
The fact that they answered my email, took me seriously... 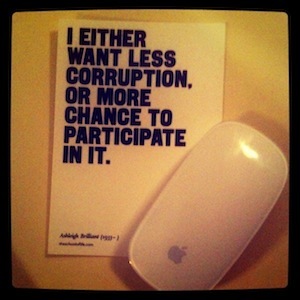 The events depicted in this poem are fictitious. Any similarity to any person living or dead is merely coincidental.

Still, it stands as a lesson to all aspiring entrepreneurs.

So we hired this Larry guy

He tried to raise money for an Israeli company in Dubai

Larry loved photocopying and thought it was a ok

One day we received a bill for $10K

My co-founder Ralph felt a pain in his kidney

Ralph told Larry he looks like a piece of poop

Then he opened his mouth and started to burp

It hurt Larry so much he cried for his mama

Of course Ralph was ready to fight back

But his lawyer said he’s out of luck

On a rainy day in Tucson

Ralph told Larry that he won

I’m not sure if my first programming language was Logo or GW-Basic.

Logo was a simple language, where you had a turtle (which was actually just a triangle) and you could tell it to move and draw lines. At least that’s what I remember doing with Logo.

GW-Basic was a “real” programming language, I used some books to learn the syntax, but most of my knowledge came from modding sample codes that were published on PC Magazine. It’s kind of like today you can fork a git repository and make your own version of the code. The only difference was that I could not copy & paste the code from the printed magazine :) I used to type the sample code and then spend hours removing and adding my own variations to the code.

I love sports, so many of my life’s key moments I remember through a big sports event that was happening at the same time.

To celebrate the 1988 Olympics I’ve created my first...

Paul Graham said on an interview that running a startup is like playing chess.

He is right that in startups, like in chess, the basic rules are pretty straight forward and easy to learn. I’d add that the end goal is also clear both in chess and with startups.

He concludes his point by stating that being a good entrepreneur means starting to act on a strategy, and the same goes for a good chess player.

I think that the ways to learn how to be a good entrepreneur are identical to the ones that should be taken to be a good chess player.

To improve your chess game you have to:

Exactly the only two effective methods to learn how to run a successful startup!

There are exceptions, Mark Zuckerberg, Bobby Fischer, they were born with a...